Sexually transmitted infections and HIV in the over 50s: Promoting condom use 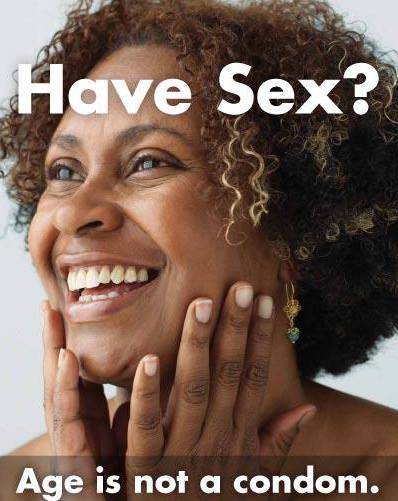 I am always pleased to hear about campaigns that aim to reduce the spread of sexually transmitted infections (STIs) and HIV in people who are in middle and late adulthood.

As I’ve mentioned before, diagnoses of STIs and HIV are on the increase for the over 45s in the UK, and it seems that this reflects a trend in other developed countries, for example the USA and Australia are seeing similar increases.

Reasons why the rates keep rising are mainly speculative, owing to a lack of research in the area, but they include: the possibility that older adults have missed out on sex education; the chance that they believe condoms are not required if there are no pregnancy risks (e.g. after menopause); that they have been ‘out of the game’ for a long time particularly if they have come out of a long-term relationship; and that health promotion messages give the impression that condoms and concerns about STIs are for young people only.

The most recent campaign I have come across is the Age is Not a Condom by ACRIA. 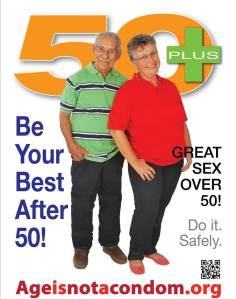 ACRIA is an organisation that is dedicated to HIV advocacy, research and education. Their website tells us that “ACRIA envisions a world where all people with HIV receive the treatment, care, and support they need to lead healthy, productive lives and where new transmissions of the virus have been eliminated”.

The Age is not a Condom campaign is currently active: they are looking for people to star in their ads. You must be aged between 50 to 70, be New York based (or be able to get there) and the deadline is 29th January. Further information can be found here.

This campaign follows hot on the heels of another US based one Safe Sex for Seniors which was released in 2012. It was developed by the organisation Safer Sex for Seniors which is described as “an independent collective of professional sexuality educators, researchers, authors, trainers, counselors, and therapists” that aims to provide reliable information on sex and intimacy in late adulthood.

The video received a mixed reaction upon release, with concerns raised about it causing offence, taking shock tactics too far, and that it mocked seniors rather than promoted safe sex. Whichever way you look at it, it certainly got people talking about this serious and oft-neglected topic and in my view that can only be a good thing.

Also in 2012 we also saw the Little Black Dress campaign from Family Planning NSW. It was developed as a result of research they carried out with RSVP Australia which found that women aged 40 and older were less likely to use condoms than younger women. Check out the video below.

The UK had its own campaign in 2010, The Middle-Age Spread, developed by the Family Planning Association (FPA). The FPA has for a long time been dedicated to educating and informing people about sexual health and to improving sexual health services. I mentioned the campaign in an earlier blog post here 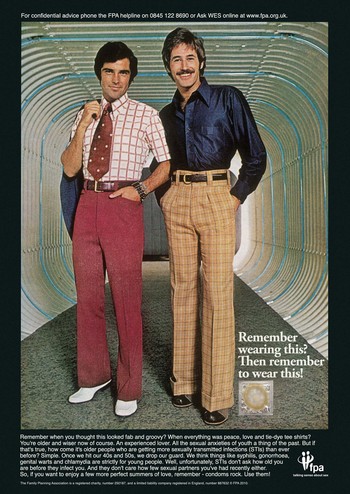 These posters and videos are a great way to get the message across. They make safe sex in middle and late adulthood visible and also, because they get people talking, they help it to become part of the sexual health discourse. It is important to challenge the assumptions that as people get older they don’t have sex, or if they do then they won’t engage in risky sex.

People are living longer and in better health. Indeed, current and future cohorts of older adults are less likely than previous generations to tolerate having their sexual health and well-being needs ignored by service providers and policy makers. As Ian Stuart-Hamilton wrote in 2000:

“The first rock ‘n’ roll generation has now reached retirement age, and the flower power generation is in its fifties. The full ramification of this are complex… but an important psychological prediction emerges from this. Namely, that older people of the future are unlikely to fit into the niches which have been established by societal expectations with quite the same willingness as previous cohorts. They have seen that conventions can be flouted and that protest can work. Accordingly, if younger generations do not change societal mores to better cater for older people, then older people are more likely to do it themselves.’ (The Psychology of Ageing, p.210)