Passion for change: Promoting the sexual rights of older people 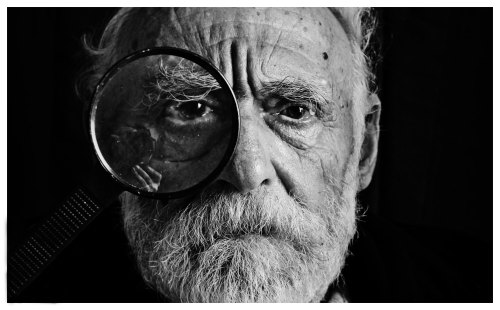 I was recently interviewed for The Psychologist (magazine of the British Psychological Society) about my work on the sexual rights of older adults. We talked about an upcoming project that I’m working on with the fabulous Pete McKee (more later in a September blog post) as well as the sexual rights book that I recently published. The interview is reproduced with permission below.

September sees a collaboration between Sharron Hinchliff, Reader in Psychology and Health at the University of Sheffield, and Pete McKee, an artist from Sheffield known for his evocative images and distinctive style.

Part of Festival of the Mind in Sheffield, the exhibition, ‘The Age of Love’, serves as a visualisation of Sharron’s research, which has identified that older adults can experience prejudice and discrimination when it comes to their sexual and intimacy needs. It promises artwork which will ‘allow entry into the taboo, enabling conversations to be had minus the embarrassment that is associated with this sensitive topic. We’ll make the invisible visible, and get people talking about the sexual rights of older adults.’

Our editor Jon Sutton spoke to Sharron about both the exhibition and her new book on the topic, Addressing the Sexual Rights of Older People (written with Catherine Barrett and published by Routledge).

How was working with Pete?
It was a real privilege. The thing I love about Pete’s work is that you can identify with it on so many levels: the depiction of everyday life, the way he captures the feeling of the moment, the subtle humour. He was the perfect creative partner for my research.

What’s driving your work?
Passion for change. Sexual rights are central to human life but we don’t tend to think about them in relation to older adults. For many years, sexual rights have been applied to young people, and I think this reflects the neglect of older adults from sexual health overall. It also reflects the assumptions people may hold about age and about sex, in that there is a tendency to stereotype older adults as sexless: that they’re not interested in sex, not at risk from sexual diseases, and are immune from sexual assault. Another consideration is that older adults who are gay, lesbian, bisexual or transgender (LGBT) have been invisible and silenced. In the book we understand sexuality as practice and identity, so we cover various topics (online dating, sexually transmitted infections, sexual abuse), and groups (heterosexual, LGBT, intersex). It’s the first academic text on older adults’ sexual rights, and it draws on interdisciplinary research from experts in their fields to provide readers with an innovative and evidence-based framework for achieving the sexual rights of older adults.

Why is such a focus needed now?
A lack of awareness, absence of resources, and restrictive social attitudes can mean that health and social care professionals do not always provide appropriate support for older adults’ sexually related needs. Often violations are unintentional. The picture is complex because the subject is sensitive and private, and we’ve found, for example, that GPs may not tell an older patient about the sexual side-effects of a commonly prescribed drug yet they will tell a younger patient.

We know the damage that can be done when people are denied their sexual rights. This ranges from not being aware that a sexual dysfunction caused by a prescribed drug can be easily remedied, to the degrading treatment that trans and intersex people can experience for being themselves. A focus is needed now to ensure that all older adults are treated with dignity and respect and are able to influence the direction of their lives through the choices they make. A sexual rights framework should protect, yet guarantee access to, these choices.

Won’t a shift in focus in terms of sexual rights in older people come about naturally, with generational shifts, without the input of psychologists?
I think we are seeing evidence of such a shift. The combined efforts of academics, activists, practitioners, and older adults have been influential in changing the sexual-rights landscape. While we can see evidence of positive change, in that there is now more recognition of the sexual agency of older adults and of diverse sexualities overall, stigma remains. Change is slow, and we need to support the current generation of older adults as well as pave the way for a better sexual rights future for all. Psychologists play a key role here. We are in a position to influence public understanding of human behaviour and raise awareness of the ways that stereotypes can influence how we think about and act towards others. Because of this we are in a strong position to tackle prejudice and discrimination.

I guess intersectionality is vital here, i.e. the issues facing an older transgender person might be very different to those facing an older heterosexual person?
Absolutely. Intersectionality is a key feature of our work. In many countries, older adults are marginalised and subject to damaging prejudice and discrimination based on their age. When being ‘old’ intersects with other social categories that are in the minority, such as sexual orientation, gender identity, ethnic group, older adults can be further marginalised. Many people aged 60+ have grown up during a time when gender roles were rigid, so diverse sexual and gender identities were not understood or accepted. Having a history of being treated differently, pathologised even, can have a cumulative effect, and so the older adults of today who have experienced long-term prejudice may be less open about their identity and needs than younger people. Our sexual rights framework acknowledges that sexuality is influenced by such life experiences, that older adults can experience multiple stigma, and that power, privilege and inequality combine and exclude certain groups.

What are the implications for older people of the #MeToo movement and other recent social agendas?
It’s really important that movements like #MeToo include older adults. We know that older age does not provide us with a protective shield from abuse and exploitation. The potential vulnerability of those who are dependent on others for daily care is a concern. One of the chapters in our book focuses on the sexual assault of older women. The authors point out that many of these assaults are carried out by people the women know, and that victims who report sexual assault may be dismissed on the basis that they do not ‘fit’ the stereotypical image of the female sexual assault victim, who is, quite simply, young. This is a significant violation of sexual rights.

A grateful ageing Kingsley Amis once said of his declining libido ‘for 50 years it was like being chained to an idiot’. Can a sexual-rights agenda for older people ever go too far, beyond what many are looking for?
Great quote, and great question! The sexual-rights framework recognises the right to not be sexually active. This is important especially in the current cultural climate where sexual activity is being promoted, including by some government bodies, for ageing well. We know that sexual activity and intimacy can have benefits for health, but the successful ageing narrative that equates sex with physical and mental health in our later years is often presented uncritically. When we challenge stereotypes such as the asexual older age, we need to be mindful that they are not replaced with new, equally restrictive, stereotypes. People do not become ill if they’re not sexually active!

If our readers take just one message from this, to change them personally or professionally, what should it to be?
Ageism is one of the biggest challenges in the UK (and many other countries), and evidence shows that it can badly affect our health and wellbeing. Ageism is ingrained in many societies and hard to shift, and many argue that it is the most socially tolerated form of discrimination. In our work we provide guidance and tips to help academics, health and social professionals, service providers and students to promote and advance the sexual rights of older adults. A large part of this work requires changing social attitudes towards older age. Collective action is required. Small steps matter, and we can all make a difference.

– ‘The Age of Love’ exhibition runs from 20 to 30 September at The Art House in Sheffield. All Festival of the Mind events are free to attend, and you can find more information at http://festivalofthemind.group.shef.ac.uk