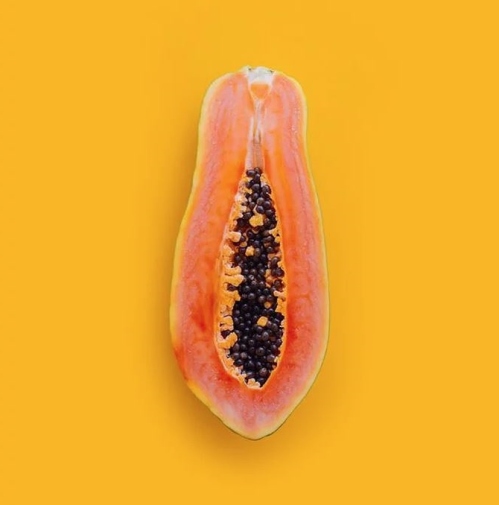 Sexual health amongst the older generation isn’t considered a priority for healthcare services and is socially kept on the hush-hush. Any related media campaigns we consume are youth-centric; however, this is due to change.

#SexRightsAge and AgeSexandYou.com were created by Dr.Sharron Hinchliff who works in the area of ageing, gender and health for the University of Sheffield. She is on a mission to make sexual health conversations inclusive of everybody.

Targeted towards those aged 50+, her website is a place for public health that “supports healthy sexual ageing for those to whom sex is important” she explains.

Currently, her website is the only in-depth source of information (in the UK) that specifically tackles the things we may face as we age, discussing topics like disability and emotional issues. The only other existing online resources are offered by charity ageUK and the NHS. However, these both present surface level information; very clinically with a serious tone of voice. This seems to further detach sex between two older people and two young people, as if they are entirely different acts, disassociated.

It was launched as, Sharron tells me, there was a definite demand; “we kept hearing the message from older adults that there was no easy to find, trustworthy information”.

She feels that there is a silence surrounding the sexual health of older adults. So, the campaign aims to “raise awareness, inform and make everyone feel more prepared to seek help.”

Sexual health charity the FPA explains that STI’s are on the rise for 45-65 year olds due to “more long-term relationships breaking up than ever before, older men and women are returning to the dating scene but in many cases ignoring safer sex messages and assuming warnings are aimed only at young people.”

I asked Dr.Sharron to elaborate via email to find out more:

Why do you think there’s a stigma surrounding older people having sex?
I think the stigma is lifting. The idea of older adults as sexually active is certainly not as taboo as it was 20 years ago when I first started working in this area. Any stigma that has lingered is connected to sex and older age being seen as incompatible, and this relates to the way we view both sex and older age. In the UK, sex is associated with young people and we see this in TV programmes and advertising where sex is portrayed. These messages, and there is a lot of them, reinforce the idea that sex is the preserve of the young. We know, however, that this is not the case and that older adults often enjoy an active and varied sex life.

Do older generations feel forgotten about in our sexual healthcare system?
Absolutely. In our research we’ve found that older adults who have sexual difficulty don’t always seek help. This can be because the difficulty doesn’t bother them. But it can also be because they feel embarrassed or are concerned about how the doctor might react. We’ve also found that some older adults have sought help for a sexual difficulty and not got the response they wanted, so for example they have been dismissed by the GP saying, ‘well what do you expect at your age’. There is limited training for doctors and nurses on the sexual health of older adults unless the practitioner has a special interest in the subject. This is why we have designed AgeSexandYou.com. The information on the website will be informative both for older adults and the people who work with them.

“#SexRightsAge aims to start a conversation that matters. It encourages dialogue and action between those who support the sexual rights of older adults.”

What made you create the hashtag to fight against this issue?
#SexRightsAge aims to start a conversation that matters. It encourages dialogue and action between those who support the sexual rights of older adults. There is a lot of great work being done around the globe on the sexual health and sexual well-being of older adults, so the campaign (which the hashtag is a part of) aims to bring people together to reach a shared goal.

Would you say that there isn’t enough information or help for single older people who want to have safe sex?
That’s a good question. Health promotion campaigns about safer sex have mainly focused on young people. Some have been aimed at older generations like the FPA’s ‘Middle-Age Spread’ campaign, but these are very much in the minority. Our research has found that older adults may have good awareness of STIs but don’t often see themselves as at risk – even if they’re single and dating.

What STI’s or STD’s are most common amongst the older generation?
The main STIs that affect older adults at the moment, if we look at the reports from Public Health England, are gonorrhoea and syphilis. While nearly all STIs have shown an increase for the age groups 45-64 years and 65 and older, from 2013 to 2017, the highest increases for those age 65 and older are: gonorrhoea in heterosexual men (up by 164%) and heterosexual women (up by 111%); and syphilis in men who have sex with men (up by 425%).

Has anybody ever told you a story about the way they’ve been treated at an older age for being open about having an active sex life? Or how healthcare systems have treated them differently/discriminated against them due to their age?
I’ve heard a few stories over the years where older adults feel as though they have been treated differently because of their age. This ranges from not being told when it is safe to resume sexual activity after serious ill health or surgery, to not being informed about the side-effects of some common drugs which impair sexual function, desire, and orgasm. Doctors have told us that they tend not to think to mention these issues when the patient is an older person. While we do come across examples of good practice, much more needs to be done to raise awareness and improve understanding of the sexual health of older adults.

What can be done to change attitudes?
There is a lot we can do to tackle restrictive social attitudes, and to raise awareness and understanding. We can build on the work that people are doing around the world in the area of ageing, sexual health, and sexual well-being, and in the area of ageism. It is about being consistent and persistent. We can all do something: give talks, write, develop and share resources, make connections with relevant people, communities, and organisations. The key is to be active, to participate, and to get your message heard. We can all be advocates and create change.

How has your campaign been received? What responses have you had from people?
The campaign is still in its early days and we’ve had some amazing responses so far. I’m really pleased that our values to promote and support sexual health care that is free from age-related prejudice resonates with a lot of people. Our supporters are diverse, and include older adults, health professionals, social care professionals, and service providers.

If you want to get involved with the work Dr.Sharron and the students at Sheffield university are forging then visit the AgeSexandYou.com website or contribute to the conversation via twitter using #SexRightsAge.

Acknowledgement: This article is reproduced with permission from Bricks Magazine