Knowledge, stigma and risky sex: STIs in the over 45s 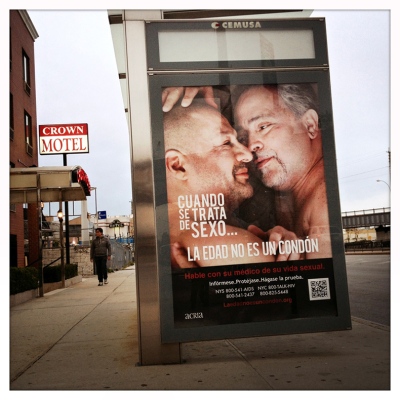 One consequence of our ageing population is that people are now sexually active later in life. Combined with a high rate of older adults divorcing and changing partners, this has created a conducive environment for sexually transmitted infections (STIs) among those in middle age and beyond.

While the under 25s and gay men remain most at risk from STIs, heterosexual adults over 45 have recently seen increases in HIV, gonorrhoea, herpes, syphilis, chlamydia and genital warts. In England, rates for chlamydia, the commonest STI, rose 63% among 45-64s between 2011 and 2015 while falling for 15-24s. Yet this is an area of public health that has so far been ignored.

Knowledge about STIs plays a contributing role in reducing the spread of infection. Recent evidence about older adults’ knowledge has largely been confined to HIV, so our understanding of this age group’s knowledge of STIs in general is limited.

In research that I have just co-published, we sought to address this deficiency. By carrying out in-depth interviews with 31 heterosexual men and women in Glasgow aged between 45 and 65, we explored not only what middle-aged adults know about HIV and other STIs but also the social circumstances surrounding that knowledge.

Most of the study participants lived in the most deprived areas in Scotland and had been through divorce, separation or the death of their partner. The interviews led us to four main observations.

Most participants had heard about gonorrhoea, syphilis, chlamydia, herpes, general warts and HIV, but beyond recognising the names they were often unsure about any further detailed information. They tended to know more about HIV, often remembering the national HIV/AIDS campaign in the 1980s and the celebrity deaths in the years before treatment improved.

In keeping with the association of early HIV epidemic with specific risk groups such as gay men and intravenous drug users, the participants often viewed STIs as riskier for other people than for themselves.

The participants had first learned about STIs as teenagers and young adults between the 1960s and 1980s. Most said their sex education at home had been very limited and unclear, with overtones of moral disapproval, and that school sex education was extremely basic and did not cover STIs. As one put it:

And it was always make sure you don’t get into trouble and I didn’t know what the hell getting into trouble was so that was that.

The little they had learned about STIs was usually in the context of promiscuous sexual behaviour being condemned and disease being seen as a consequence – with worse stigma where women were concerned. As a result, many participants had gone through life regarding STIs as something to be ashamed of.

During the years when they were in long-term relationships, several participants also did not see it as relevant to improve their knowledge about STIs. And now in middle age, several continued to prefer not to engage with the subject. In the words of one person:

None of them are anything that I’d want to trawl the internet to find out more about you know; don’t know anybody that’s ever had them or even if they’d admit to it.

3. Parents learn about STIs from their children

We found that parenting had the capacity to influence how much participants knew about STIs. Women in particular had sometimes learned about STIs either to find out about the risks to their children or because their children had been diagnosed with one.

Studies have previously shown that it is women who mostly provide sex education to their children. Our study is the first to indicate that parenting can also be a source of sex education for the parents themselves.

4. Knowledge is not the only problem

Participants who were well informed about STIs did not necessarily practice safer sexual behaviour. Despite the lack of discernible symptoms with many STIs, several participants said they had not sought a test after having unprotected sex with a new partner. Instead they had waited to see if symptoms would appear:

She’s been sleeping with other people and I let her sleep with me and never used a condom and … then you worry that something happens, that something’s going to come out of it, or are you lucky and I was just praying that something didnae happen.

These findings should be useful for developing interventions for middle-aged adults that help them to learn more about STIs and to make wiser decisions in relation to their sexual health. Public health policy in the UK makes reference to the life-long nature of sexual health, but few health promotion programmes directly address older adults taking risks with STIs.

Public health officials need to be aware that people emerging from lengthy relationships often know little about STIs and are poorly equipped to make good decisions about their sexual health. The sense of stigma around STIs with this age group is a barrier that needs to be addressed. Policymakers need to fully engage with gendered attitudes to older women’s sexuality, as well as the full range of lengths and varieties of relationships that people get involved in regardless of their stage in life.

This article was originally published on The Conversation. Read the original article.