When it comes to older people and sex, doctors put their heads in the sand 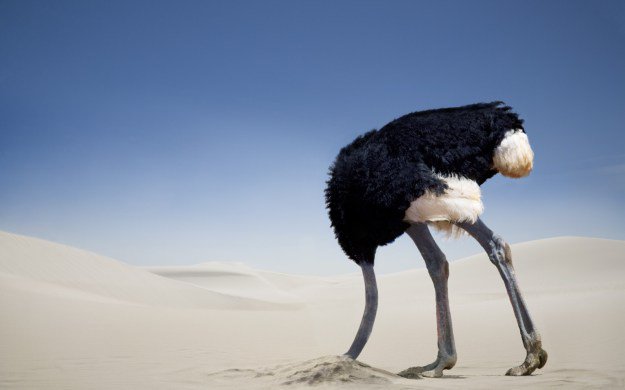 The sex lives of older people have received a lot of attention recently. From the Netflix sitcom Grace and Frankie, which stars Jane Fonda and Lily Tomlin (both in their 70s) and does not shy away from the issue of sex, to the Channel 4 series that focused on “love and sex when we’re over 60”, it seems there is no escaping the message that older adults have and enjoy sex.

Indeed, five years ago the World Health Organisation declared sexual health to be important across the lifespan. And since the early 2000s governing bodies have promoted sexual activity as good for the health and well-being of older adults. The UK’s largest sexual health study, the National Survey of Sexual Attitudes and Lifestyles (NATSAL), has, for the very first time in its 25-year history, included adults aged 60 and older. And the English Longitudinal Study of Ageing (ELSA) which began in 2002 has, also for the first time, included questions about sex. These studies follow the growing number of international studies that have explored the frequency of sexual activity among older adults, including, for example Spain, North America, Australia and Sweden.

Clearly, there has been a societal shift in attitudes towards sexuality and ageing which, in my view, is a step in the right direction. It enables us to move away from the taboo that surrounds sex after the age of 60 and the negative stereotyping of the sexuality of older adults. But, in spite of this increased recognition and visibility, there is consistent evidence that older adults tend not to seek help when they have a concern about sex and also that doctors are unlikely to ask their older patients about it.

In our research we found that doctors were unlikely to be proactive when it came to the sexual needs of their older patients, leaving it instead for the patient to raise the issue. This related to a number of factors, including having limited knowledge of later-life sexuality issues, receiving “inadequate” training at medical school and thinking that sexuality and intimacy were private topics for older adults and that raising them would cause offence.

There was also evidence that doctors assumed sex was less important to older patients than it was to younger patients, which might explain why they were less likely to mention that medications could affect sexual function when the patient was older.

Similar barriers have been identified in relation to the aftercare of health conditions that are known to impact sexual function. For example, one study found that health professionals who worked in stroke care rarely raised the topic of sexual well-being with their patients. This was due to a lack of motivation on their part and difficulties with their own communication skills and confidence. Another, in the area of spinal care, found that while the majority of neurosurgeons saw discussing sexual matters with patients as part of their role, 73% reported that they didn’t do this.

Expecting the patient to be the one to raise the issue of sex if she or he has a concern should be viewed alongside the research finding that older adults tend to prefer it if the health professional initiates a discussion about sex. That research also identified the reasons older adults may not ask for help; these included viewing the sexual problem as a “normal” part of getting old and thinking that the doctor would not be able to help because sex is a specialist area.

Other reasons included internalised ageism, evidenced by older adults reporting concern about what the health professional would think when they knew that they were sexually active “at their age”. A fear of being judged negatively for having an interest in sex forms a clear barrier – and other researchers have identified that the perceived attitude of the doctor can influence whether or not older adults seek help. For example, a study of middle aged and older women with diabetes also found that characteristics of the doctors, including their attitude towards sex and ageing, influenced whether or not the women were willing to discuss sexual matters with them.

It is imperative to address this issue, as a growing number of industrialised countries have an increasing older population. And those born in the 1950s and subsequent decades, will have specific expectations about health care and are thus less likely than previous generations to keep quiet about their sexual health needs as they become older themselves.

Sharron Hinchliff is Senior Lecturer at University of Sheffield.

This article was originally published on The Conversation.
Read the original article.