‘It’s your hormones dear’. Time for a rethink on menopause and sex 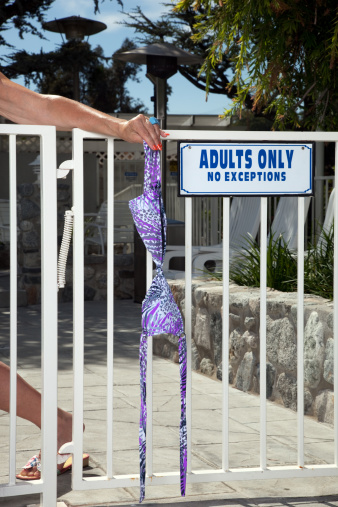 “As long as there has been brain science there have been – in retrospect – misguided neurological explanations and justifications of sex inequality. Again and again, these hypotheses eventually find themselves hurled on the scientific scrap heap. But not before they become part of cultural lore, and reinforce social attitudes about men and women in ways that hinder progress towards greater sex equality.”

This quote, taken from an interview with Cordelia Fine (The Psychologist, November 2010), is one of my favourites. I like it because it serves as a reminder of how far social and scientific understandings of gender have come. What I also like about it is that while Cordelia is talking about neurology, what she says can easily be applied to other areas of science. Medicine, for example, has a long history – in retrospect – of holding rather odd views about women and these have created barriers towards achieving greater sex equality. For example, Victorian gynaecologists constructed menopause as a dangerous time, where women were expected to experience chronic health conditions including ulcerated legs, gout, deafness, and chronic diarrhoea (Barbre, 2003). There was also the implication that mental distress would come too. Indeed, the female reproductive system was seen as so integral to women’s health and well-being that when it started to ‘fail’ then so too did physical and mental health. In keeping with this model of menopause, women were encouraged to stay at home, to rest and recuperate until their troubling menopausal symptoms had ended.

The construction of womanhood at that time shaped the values that were ascribed to menopause. And this restrictive viewpoint persisted well into the twentieth century, where it started to take a slightly different turn and focus on femininity and sexuality. In the 1960s, according to the British gynaecologist Robert Wilson women could stay ‘Feminine Forever’ if they replaced the oestrogen they had lost as a result of menopause. This would prevent the alterations in physical appearance that accompanied menopause such as facial hair, sagging breasts, and vaginal atrophy (women could also avoid developing a deep masculine voice). The ‘quality of being female’ was said to ‘gradually disappear’ without oestrogen, and the menopausal woman was famously described as one who became as ‘close as she can to being a man’ by the physician Reuben in his popular self-help book ‘Everything You Always Wanted To Know About Sex But Were Afraid To Ask’ (published in 1970).

So, have things changed? We might expect that in contemporary western societies extreme views such as these no longer exist and that the overall medical opinion of menopause has improved. And to an extent it has. Women are no longer viewed as risking their femininity as a result of declining oestrogen levels and, indeed, ideas like these have been thrown on the medical scrap heap. However, there remains an area of menopausal health where women’s biology is prioritised to the detriment of other (social, psychological, cultural) factors and it is to this that I now turn.

I recently reviewed the literature on sex and the menopause transition for a journal article I was writing and what I found was very interesting. The majority of studies on the topic had been conducted within a biomedical framework which reflects the trajectory of scientific interest in reproductive health over the last one hundred years or so. This approach has focused on identifying problems and treating the faulty body, therefore the body of evidence that I was looking at tended to report the negative impact of menopause on sex, asserting that declining hormone levels caused loss of sexual desire, thinning of vaginal tissues and vaginal dryness which made penetration painful. The message was clear: women’s ability to engage in and/or enjoy sexual activities was compromised at menopause. And because declining hormones were seen as the cause, then it was predicted – as the scientific argument goes – that all women would experience these problems when they went through the menopause.

My intention here is not to deny that some women experience these sexual difficulties around menopause. Indeed, I am very much aware of the distress that sexual problems can cause women and their partners. Rather, I want to draw attention to the problems inherent in this way of thinking about women’s bodies. First, the language of medicine decontextualises health and illness from its social context and therefore does not account for the complexities of experience. As the focus is purely on the body, there is no room for other factors that can play a part in women’s sexual activity, desire and pleasure. Second, while some women do experience biologically-related changes that can affect sexual function during the menopause transition (e.g. vaginal dryness), the extent to which the changes are experienced problematically depends on whether or not women are sexually active and the types of sexual activity they engage in. Thus, it doesn’t account for sexual preference. And third, when experts work on the basis that biological changes negatively affect sexual activity, this is taken as a given and consequently denies the experiences of women who undergo positive changes to their sexual lives or no changes at all. There is no room for individual difference.

These are the issues that arise whenever women’s sexual problems are medicalised. Feminists and others working from a women’s lives approach have drawn attention to the psychological, social and cultural factors that affect sexual engagement and pleasure throughout women’s lives. The published research is very much in the minority but there is evidence that factors such as relationship quality with partner, partner’s sexual problems, the challenge of caring for parents, and low levels of social support have an impact on women’s sexual experiences equally if not more than the biological aspects of menopause. Indeed, menopause does not occur in isolation from other life events which can cause significant upheaval. It is unsurprising that events which include taking on extra responsibility and which cause tiredness and/or stress can also affect sexual desire.

While the sexuality of women in contemporary western society is increasingly medicalised, during menopause it is particularly medicalised because of the way that western regimes of medical knowledge construct menopause. It’s time that we moved away from blaming the (ageing) body and acknowledged the interplay between biological, social and psychological factors in women’s sexual lives. To do so would build up the evidence base which health professionals approach for their work, and therefore counter the current abundance of literature that reinforces the hormone-deficiency hypothesis. Assuming that the bodily changes of menopause alone lead to sexual problems does not help achieve sex equality; it merely strengthens the biology as destiny argument and supports social attitudes that women are at the mercy of their hormones. Thus, feminist and women’s studies remain crucial to challenge the assumptions and rebalance the arguments that we find in the area of women’s health.

Reblogged: I wrote this post in 2013 for the Feminist and Women’s Studies Association.